Learn to solve the Rubik’s Cube as a STEM educational activity.

STEM Cubing was approved as an after-school program during the 2019-2020 school year at Ramona Academy in the Ontario-Montclair School District. 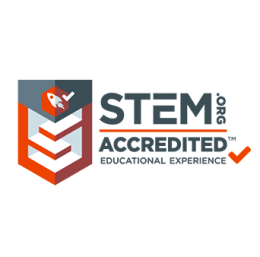 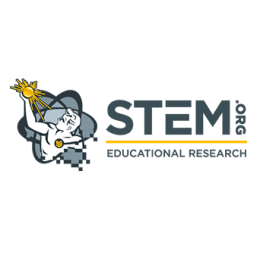 "STEM Cubing provides an invaluable experience for students that will engage them in a meaningful and enriching way! I highly recommend this for all students!"
Mr. Ricky Ramirez
Principal, Ramona Communication Arts Academy
"It is my pleasure to recommend this program offered by STEM Cubing, Inc. to all students anywhere as I sincerely believe that it will benefit them by increasing their concentration that they can take to all their classes and help make STEM learning more attractive and enjoyable."
Dr. Haleema Shaikley, D.D.S., Ed. D.
Principal, City of Knowledge School

STEM Cubing, Inc., offers schools a way to integrate STEM (Science, Technology, Engineering and Mathematics) into their present curriculum to better prepare their students for the technologically challenging World ahead. This activity drills into students the ability to concentrate for several minutes at a time and to help develop new learning skills that pivots them towards greater understanding of science and mathematics related topics. This after-school hands-on, highly engaging, FUN activity of learning to solve the Rubik’s Cube will help introduce students to the complex ideas of pattern recognition, logical thinking, clockwise and counter-clockwise rotational effects and thinking ahead strategies that will lead to improvement in students’ memory, focus and concentration.

Rubik’s cube is much more than just a toy. Learning to solve the Rubik’s Cube promotes enthusiasm for learning, sense of accomplishment, pride, motivation and confidence. For those who are willing to put up the effort, this activity will also result in students becoming more focused in doing their work and be able to apply logical thinking in their everyday life. During each session, students will learn to apply complex multi-step algorithms while recognizing and differentiating multiple patterns that will gently lead them into solving the Rubik’s cube. 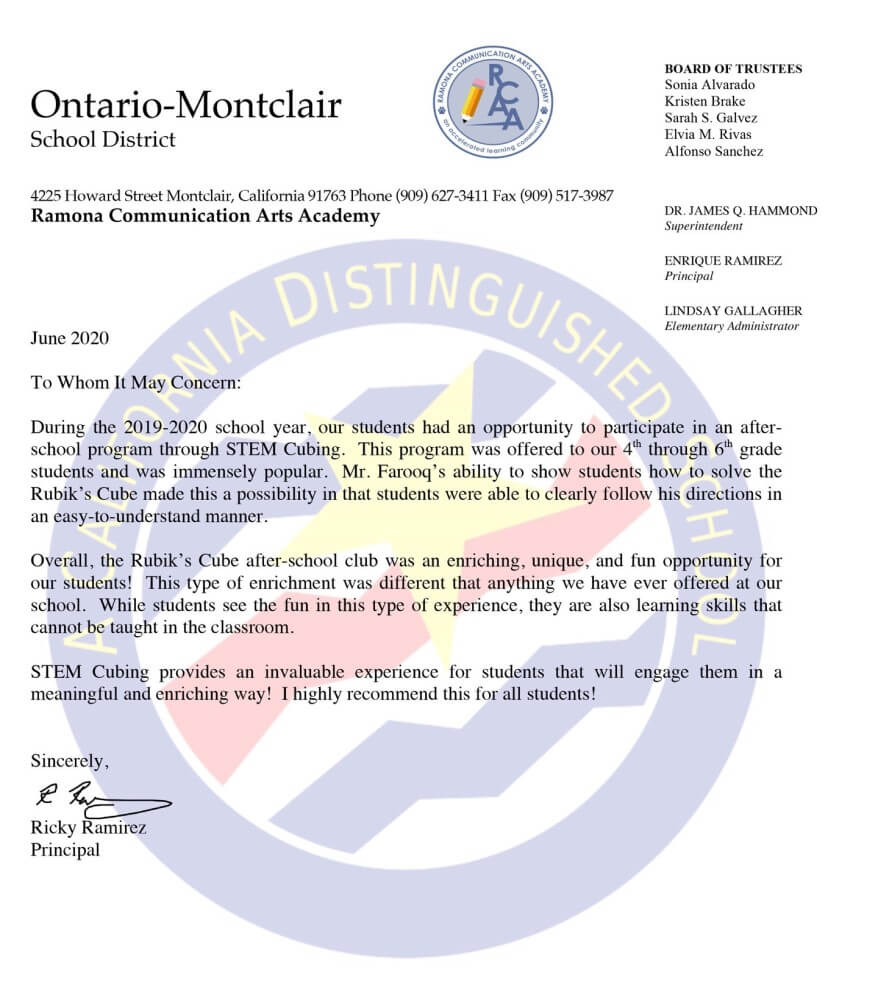 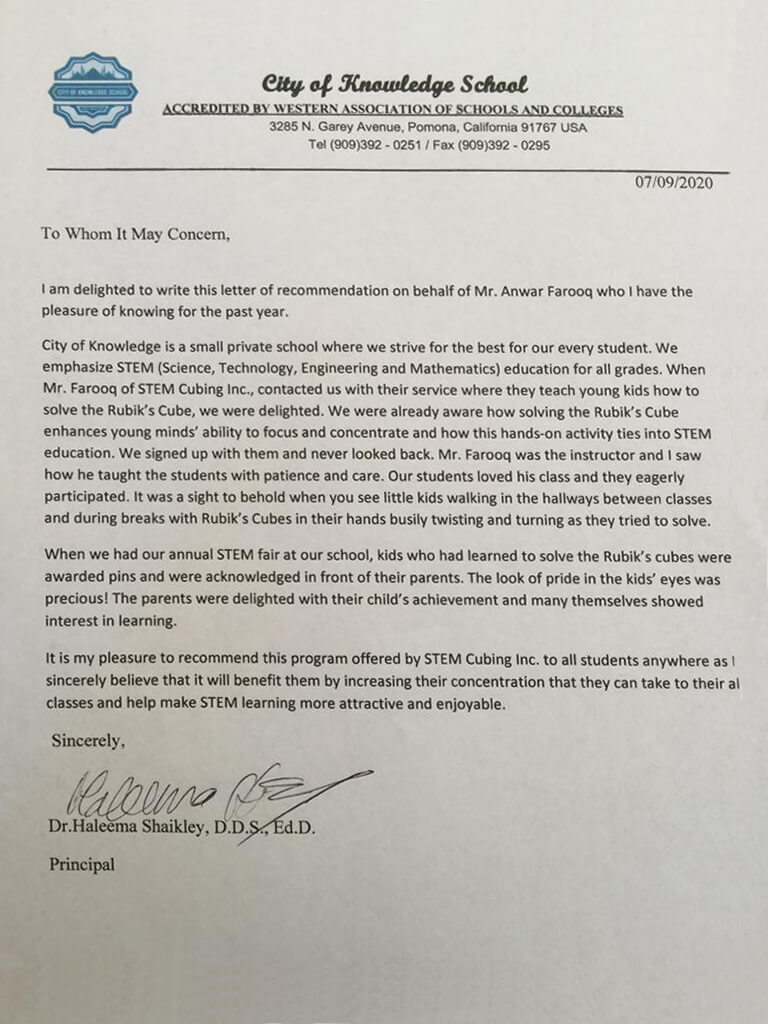 Please see below how students in China are benefiting from learning to solve the Rubik’s Cube in their classrooms.
Rubik’s Cube Classes Giving Kids Competitive Edge in China: 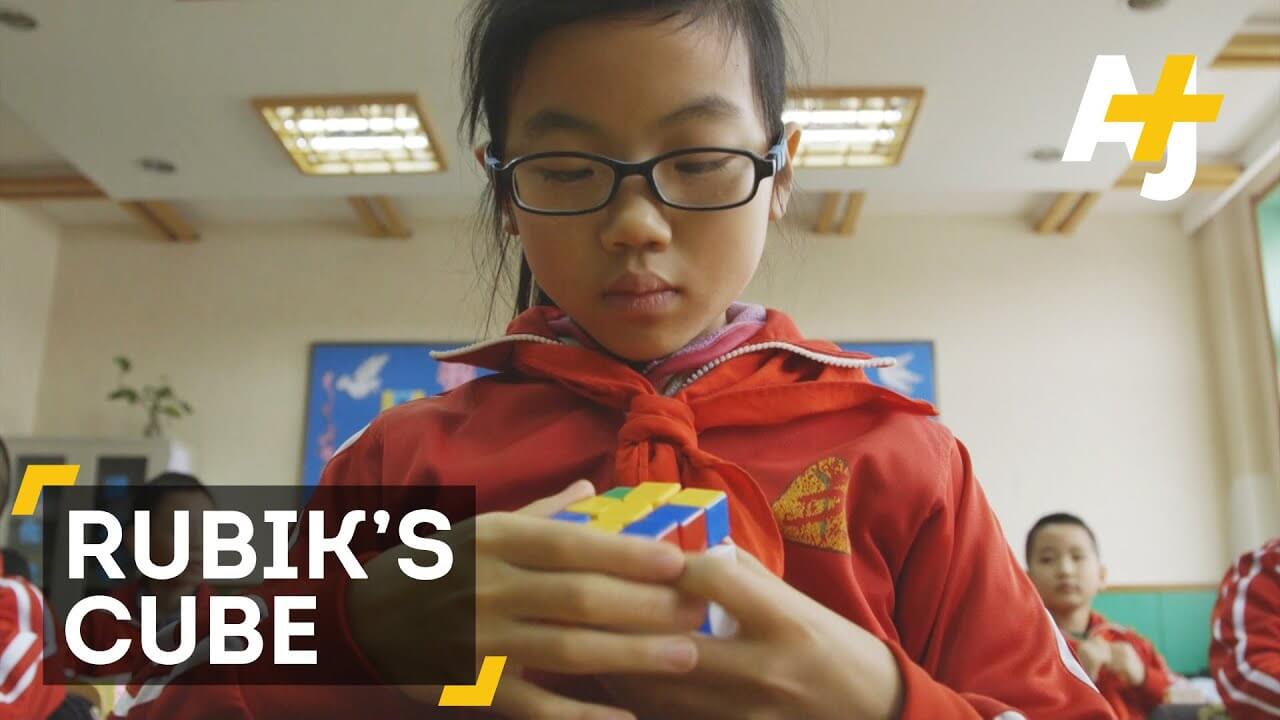 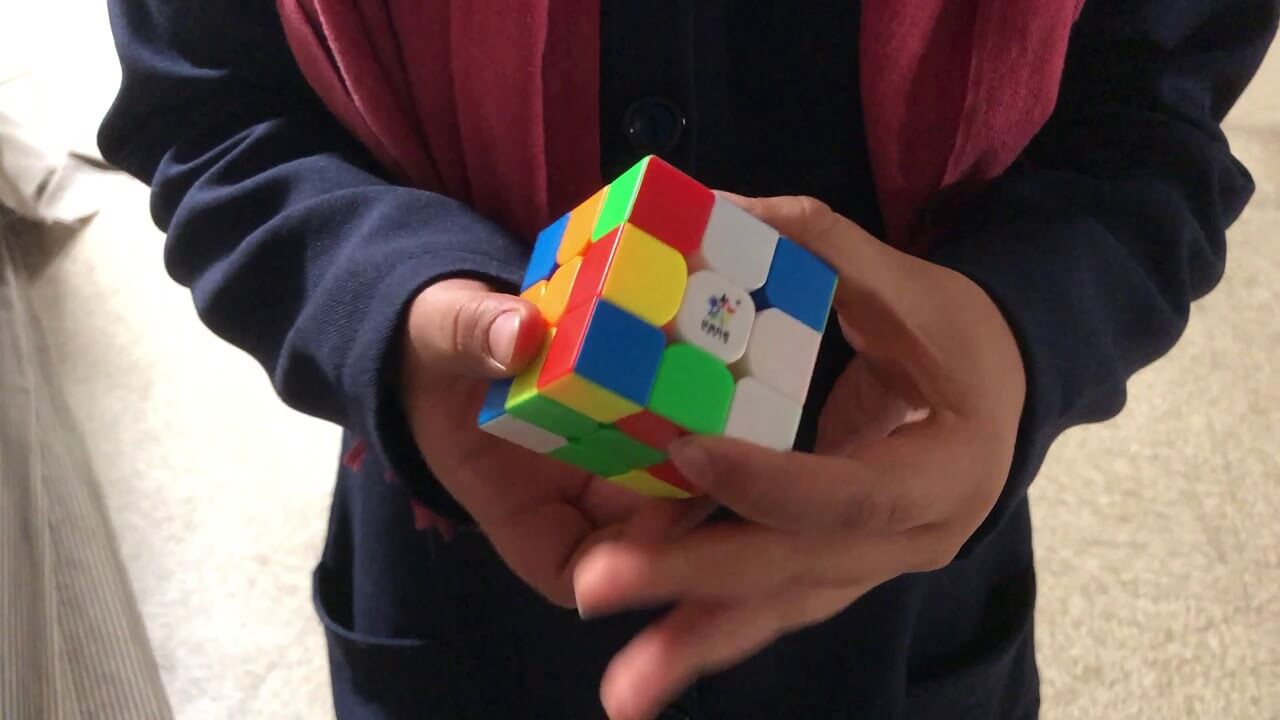 One of my fourth grade student solving the 3x3 Rubik's cube. 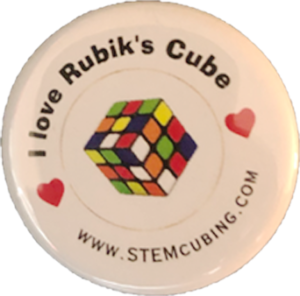 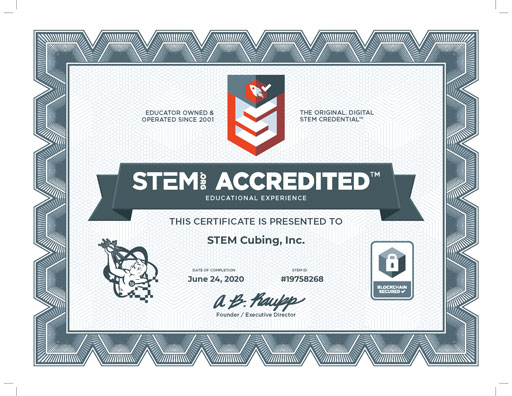 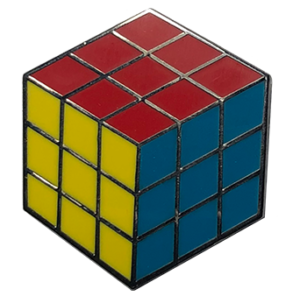 The STEM Cubing, Inc. was founded by Mr. Anwar M Farooq, who has a degree in electrical engineering from University of New Orleans.

Mr. Farooq is passionate about the Rubik’s Cubes and he can solve and teach how to solve from the 2x2x2 Rubik’s cube all the way to 20x20x20 Rubik’s Cubes.

Mr. Farooq is a retired teacher who taught mathematics for the past 25 years with the Los Angeles Unified School District, including the past 15 years as a high school mathematics teacher. At the high school, he also formed and sponsored a popular Rubik’s Cube club.

Presently, Mr. Farooq is a teacher at a private school in the city of Pomona, California, where he teaches mathematics and science along with how to solve the Rubik’s cube as a STEM activity. He also teaches Rubik’s cube at various elementary schools in Ontario/Montclair area.

Mr. Farooq teaches a simpler and more intuitive method for solving the Rubik’s Cube that he calls the ‘Farooq Method’ that kids as young as seven or eight years old find as a fun and easy way to master the cube.

You can find more information about Mr. Farooq at: www.mrfarooq.com 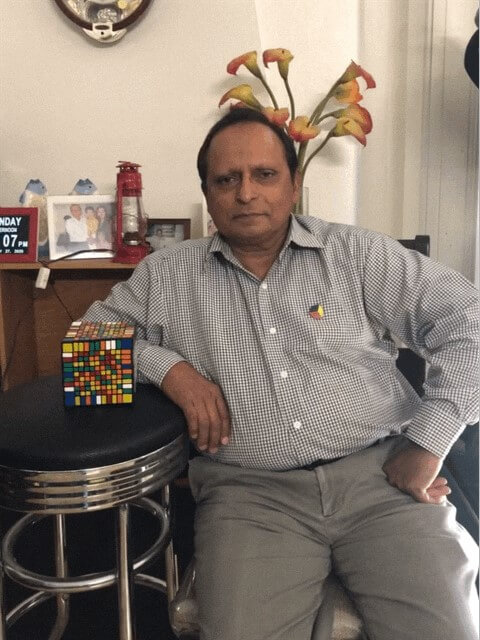 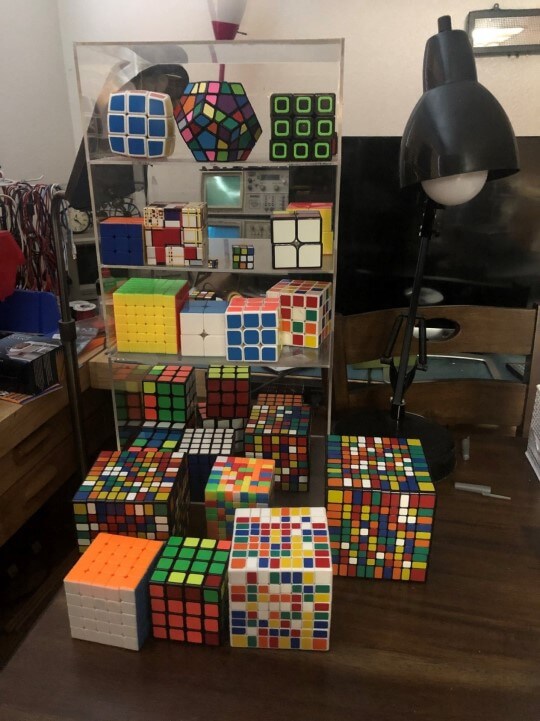 Please watch the instructor as he solves the 7x7x7 Rubik's cube. 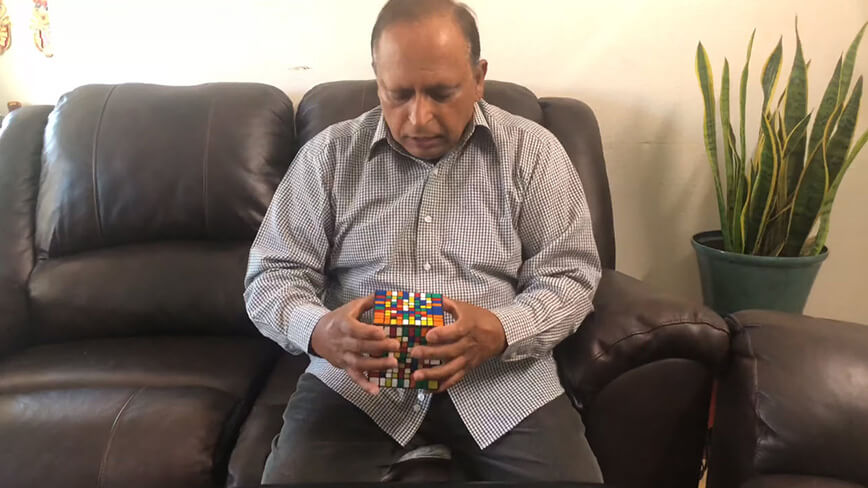 Learn to Solve the Rubik’s Cube by an easier method, The Farooq Method!

I Can Set Up and Run a Powerful STEM after-school Activity at Your School.

STEM Cubing was approved as an after-school program during the 2019-2020 school year at Ramona Academy in the Ontario-Montclair School District.

I will teach your students to Solve the Rubik’s Cube at your school using the Farooq Method, an easier, intuitive layer by layer method, where kids as young as seven or eight years old can master the cube.

My Rubik’s cube classes are popular with both students and parents. The enthusiasm of parents and participating students is very good and 100% students participate in each class and they eagerly seek instructions and show great behavior and happily practice during class. Parent have told me that now that their kids are learning to solve the Rubik’s cube, they are not as much interested in playing video games and have stopped watching tv and spend most of their free time just practicing the cube at home.

I am an expert in solving and teaching every Rubik’s cube from 2x2x2 to 20x20x20. I start with the most popular 3x3x3 Rubik’s cube and then from there usually the high achievers and gifted students show interest in learning 4x4x4 and higher cubes.

The STEM after-school program setup at a school requires ZERO investment by the school under plan 1 as I bring a classroom set and also replace all lost, broken or stolen Rubik’s Cube free of charge.

Sample school letter that can be sent to parents to encourage them to enroll their child in this program:

Challenge Your Child to Learn How to Solve the Rubik’s Cube!

YOUR SCHOOL NAME is proud to offer a free after-school STEM activity that can help your child develop interest in Science, Technology, Engineering and Mathematics by teaching them how to solve the Rubik’s Cube. Students who know the 3x3x3 Rubik’s cube can learn 2x2x2, 4x4x4, 5×5 or bigger cubes.

Learning to solve the Rubik’s cube is associated with enhancing valuable skills such as:

Students will be awarded Stickers and Achievement pins as they progress. Contests will be held to select the Rubik’s Cube champion for each grade

Some parent’s and student’s comments regarding this program:

Please contact the main office to register your child for this class.

Teaching Methods for Inspiring the Students of the Future | Joe Ruhl | TEDxLafayette: